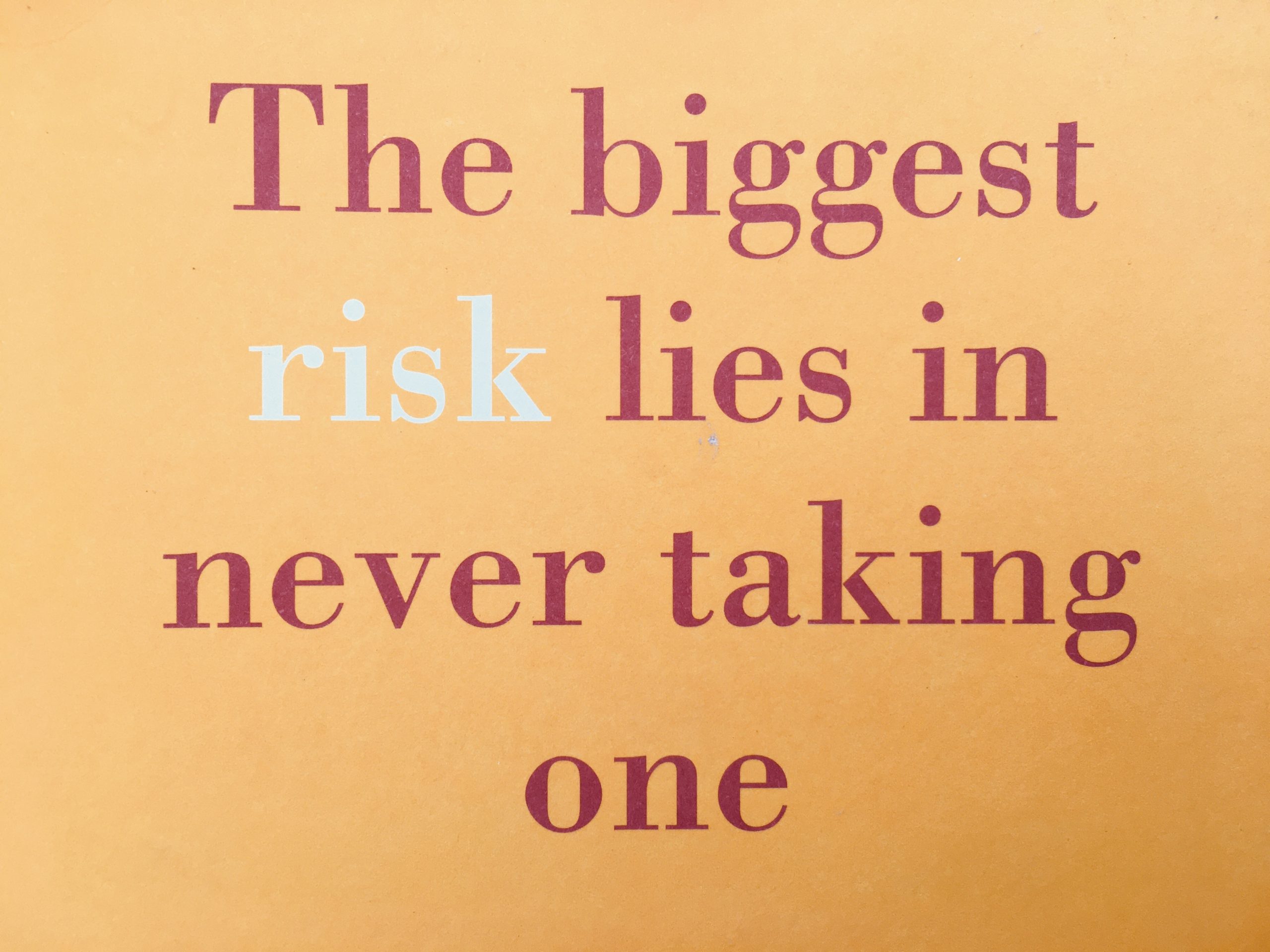 As a child I used to worry about ‘getting it wrong’. Worry so much in fact, that I became obsessed with ‘getting it right’ and wound myself into a series of complex, anxious knots that drove my entire way of being, well into my early adult years.

I grew up within an education system that taught me to practice, learn, repeat, write, rewrite and regurgitate what it wanted me to know until I got it right. Tests, exams, practice sessions, sports matches, you name it. Not once did I even consider that ‘getting it wrong’ was ok and that we could learn from our mistakes, because to ‘get it wrong’ was to be a failure, and that brought shame, judgement and mockery and could not be allowed to happen. So: I worked really, really hard and I ‘got it right’: the years and years of report cards, exams, assessments, competitions, eisteddfods, awards and galas all proved it. I got it right. But did I actually?

Because when I finally took a risk and got it wrong one day, my world came crashing down around me in the most spectacular fashion. I could not cope with the fact that I had failed at something. I wasn’t prepared for it, and definitely didn’t know how to process it because I hadn’t experienced failure as a natural part of the learning and growth cycle. It had just been a theoretical construct up to that point, and I was adrift for days wondering what I had done wrong (read “I am useless”) and beat myself up mercilessly. When I admitted my failure out loud and subsequently had my funding pulled, I neatly reinforced my belief that not only had I got it wrong, but I had got it spectacularly wrong.

I had affirmed my biggest fear.

Now many of you may scoff at this and say “Well that’s just crazy. You just took a risk and it didn’t work out; it’s not a big deal!” or “Yes, but everyone fails. Don’t you know the first Harry Potter book was submitted to twelve different publishers before it was printed?” and other such well-meaning (but sometimes unhelpful) comments. Because this failure for me was a pivotal moment of understanding that splintered my entire worldview: I remember describing that it felt as if I’d lived my life inside a snow-globe which suddenly shattered and broke wide open. I got stung, and my fury and confusion were all consuming. It took me a long time to realise that my world had not actually broken because I had failed, that the judgements I felt were all in my head, and the stigma I attached to failure was purely an illusion. The understanding of this was such an enormous weight off my shoulders and the relief it brought was a soothing balm to my blistered soul.

Reflecting as an adult on how I perceive failure has helped me further acquire the resources (inner and outer) to persist, succeed and thrive. Yes, there are endless examples of people who have taken risks and failed and others who have taken risks and flown. Perhaps if I’d been more comfortable with risk-taking and failure as a child, had my schooling not focused so much on ‘getting it right’, I might have found my inner courage and the acceptability – the reward even – of ‘getting it wrong’ a whole lot sooner. Failure might have been the invaluable life lesson that it is, rather than an imaginary and terrifying life sentence.

“Without rain nothing grows. Learn to embrace the storms in your life.”

What I have learnt is that vulnerability is good and can be seismic in its power. The times I left a job that was eating up my soul, the times I learnt a new skill, whenever I set off to a new country . . . did I take risks and get them wrong? Or did I actually get them right? Was it in fact my youthful fear of ‘getting it wrong’ that helped me build my resilience and embrace the risks I might not have faced otherwise? I think so, and while some elements bore tough lessons that I may not care to repeat, my life has certainly been much richer for it.

What risks and failures have you experienced that have enriched your life?

Please Enter Your Name And Email Address Below

WHERE SHOULD WE SEND YOUR FREE GUIDE?

By registering for the Six Signs Of Sabotage guide you consent to receiving regular emails from me (Lee Marinaki) with updates, tips and empowering thoughts on how to create the life you want. You can, of course, unsubscribe at any time. Privacy policy